I could always test either scenario with the potential clients and see which one they prefer? I mean we could even give them both options. 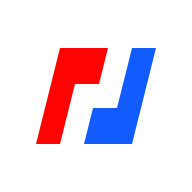 BitMEX is the leading trading platform for advanced financial products for cryptocurrency markets.

According to that page, BitMEX contributes $500 monthly to Babel and $100 monthly to Sinon. The Open Collective site is very transparent. So we have to be careful with the mission statement as people associate contributors with the causes they contribute to.

Hmmm…if Aragon is a fiscal host on Open Collective, it might attract some of the collectives and communities there to form an Aragon DAO! Some of them look like great candidates for an Aragon DAO.

The idea is that the reputation DAO would act as a signal of integrity and reliability for consultants that are ranked highly. Not saying that this would solve all problems, or that it’s the best idea for this use case, but this is the exact thing the reputation only model aimed to address.

a DAO such as DAO Consultants could have a primary stated purpose of education and teaching the world about the benefits of organizing initiatives with Aragon DAOs.

I’m so into this. Let’s make it happen!

Many corporations, even mega ones, would not have a problem contributing toward an educational/open source initiative, especially when their payments are in the form of a tax-deductible donation to a nonprofit organization (the fiscal sponsor).

Wasn’t the goal of the DAO Business Models and Consultants - #4 by Amazongirl to be for profit though?

would be nice to sync on a call next week to discuss extensively and pick one or the other scenario and dig more. What do you think?

@burrrata may want to join as well.

Yeah totally. That would be awesome.

I’ve started a related community thread about what could happen if Aragon Association or another Aragon DAO became a fiscal sponsor:
How Aragon DAOs can empower and enhance Corporate Social Responsibility (CSR) and Corporate Shared Value (CSV)

Wasn’t the goal of the DAO Business Models and Consultants to be for profit though?

Since Aragon software is open-source and somewhat experimental, I feel that a nonprofit fiscal sponsor is more suitable and makes it easier to collect donations from companies.

What we could do is this:
Create an offering to collect contributions:
*$500 monthly contribution or
*$4500 annual contribution (savings of $1500 if paid annually)

(The above amounts could be increased or tiered contribution levels could be offered.)

The initial monthly contribution of $500 paid to DAO Consultants via a fiscal sponsor would include:
*Initial one-on-one consultation (four hours worth) about possible use of an Aragon DAO
*assistance with onboarding and implementing an Aragon DAO, including basic technical assistance

In addition, if contributors contribute on a monthly or annual basis, they would be entitled to participate in public speaking and networking opportunities and an online forum for sharing ideas, and receive a 30% discount off Aragon premium publications, events, conferences, and virtual exhibitions, etc.

Note that Aragon will always have a rich repository of free information and open-source tools available to the public.

If DAO Consultants takes off, then it could later form its own legal entity if desired or voted upon by members. Perhaps the state of DAOs could have evolved further by then and there could be other options available enabling DAOs to interface with the real world via fiat and other channels.

Before DAO Consultants achieves its own legal status, the fiscal sponsor would only be in charge of funds collection and disbursement, leaving all creative, administrative, and operational decisions in the hands of the DAO and its members.

What do you think? Happy to hear any countervailing points of view.

This seems really cool, but I think it’s something that an independent entity focused on consulting would be better suited to take on. Aragon needs to focus on product development and user onboarding. Fiscal sponsorships and premium publications and events are not part of our M.O.

That being said, Aragon could provide the decentralized infrastructure (DAOs) and dispute resolution (Court) for a team/project that wanted to do this. That would be ideal.

That being said, Aragon could provide the decentralized infrastructure (DAOs) and dispute resolution (Court) for a team/project that wanted to do this. That would be ideal.

Not an end-to-end solution. Someone else should figure that out. The Aragon Court, however, can help provide accountability and security to that process. So Aragon DAOs and the Court would be pieces of the puzzle, but not the entire thing.

For those contemplating the creation of a nonprofit entity solely for their DAO, what I do know as a fact is that the vast majority of nonprofits become inactive or dormant after a while and have very little funds at their disposal.

I am coming from the other side - a long-term and active NP (http://neuralarchivesfoundation.org) with a number of projects / sub-projects that could probably each benefit from their own DAOs.

Scenario B: An individual, project, business, or organization paying an established nonprofit organization with the donation being tax-deductible.

This would suit my situation - if I can ever get to “consultant” status - donations to my existing NP would be tax-deductible (for Australian entities) - so I am thinking of doing work where the donation stays with my own NP - but I wonder if there is the possibility of the NP also being a disperser for other organisations but charging a fee as you mentioned?

a long-term and active NP (http://neuralarchivesfoundation.org ) with a number of projects / sub-projects that could probably each benefit from their own DAOs.

This is awesome! Would be happy to help you figure out how Aragon could help. Do you have a rough idea in mind of how you want to integrate DAOs into your current organization structure?

This is awesome! Would be happy to help you figure out how Aragon could help. Do you have a rough idea in mind of how you want to integrate DAOs into your current organization structure?

Well my first thoughts for a specific project were posted here:

People, This is my first post here and probably aspects of what I am interested in doing belong in other categories but I will start here. I believe that because of: The rapidly accelerating World’s Sixth Mass Extinction Now unstoppable Global Warming World Economic collapse in the near-term The slide of Western “Democracies” into full-blown Fascism Global military conflicts over water, food and resources generally that the collapse in Human Civilisation as we currently know it is inevitabl…

and a following idea for raising funding for brain research generally (not just for my own NP NAF) was here:

PayRnD.org now live - now to get a TestNet DAO going . Use Cases

People, I am still working my way through the videos and docs to get the project going that I mentioned in this post: but now I have at least got a simple Jekyll web site going so I can start referring people to the project: and blog the ideas for how I think the project should work as I get feedback from this forum. I have some of my own people who are interested who I can point to the site but any feedback from Aragon people re help with tests on the TestNet would be greatly appreciate…

but it occurs to me that if I can make some more progress with building the NAF Research Facility (on my nominally for-profit site http://lev.com.au - which will eventually be owned by the NP NAF), then there are sort of many “Dandelion” DAO entities that could be used for smaller, ancillary and related projects.

I suggest that you start with a very simple DAO, initially just as a way for the donors to your Neural Archives nonprofit to be more actively involved in your cause, which also hopefully closely aligns with their personal goals.

Perhaps enable voting so they can have a voice in how donated funds are spent.

Maybe you could also have a bounty program and reward those donors who help spread awareness about your nonprofit and cause in specific ways you have found effective. Rep tokens could be created for that purpose and the tokens could be redeemable for cash or crypto from the nonprofit at a predetermined ratio.

Here is an example of a community site where members are rewarded: https://community.ava.network/accounts/login. AVA Labs is the latest client of DAO Maker, which specializes in these types of community bounty platforms for integration into clients’ websites.

I suggest that you start with a very simple DAO

Yes, but I think I will do this with a separate DAO from any that I might do for the NAF - to get some more immediate real / actual experience with something that is not so consequential . . ie my SF AI book writing idea at the end of:

Ah - so that data field would not be equivalent to the plain text 80 chars in a Bitcoin transaction - I would prefer a string of plain text preserved for posterity which is easily viewable . . What I meant was that within the DAO that I create, each new member would include their preferred target for action in the form of a string that would be preserved in the transaction somehow. That is sort of closing the gate after the horse has bolted . . I would prefer for me (or my AI Avatar) to hav…

initially just as a way for the donors to your Neural Archives nonprofit to be more actively involved in your cause, which also hopefully closely aligns with their personal goals.

There is a potential large donor I need to approach first - who may actually be interested in supporting directly or via a DAO - I’ll see how that goes first.

Maybe you could also have a bounty program and reward those donors who help spread awareness about your nonprofit and cause in specific ways you have found effective. Rep tokens could be created for that purpose and the tokens could be redeemable for cash or crypto from the nonprofit at a predetermined ratio.

Here is an example of a community site where members are rewarded:

Thanks! I will have a closer look at that . .

Well I am finally surfacing again from other, more pressing, involvements and prior to setting up my first, less critical (but fun!) DAO, I have bought a few ANT so that I can start participating in votes etc and start finding my way around so I am a bit more clued-up . . so if you could point me in the right direction it would be appreciated!

As time goes on, I will increase my ANT holdings.

Please fill out this founder outreach survey and we could do a phone call afterwards: https://forms.gle/oS2r29eqFk91u7ro7

Hey Mike! Thanks for your input!

Could this Estonian nonprofit be created without traveling to Estonia?

@philiprhoades I sent you a private message. Please check!

My pleasure!) Yes, it’s possible to do online, check here https://e-resident.gov.ee/start-a-company/
Also @joeycharlesworth shared with me some time ago info about Estonia DAO built on Aragon for e-residents, that is fascinating