That’s unfortunate indeed. If it’s possible to set up a Snapshot vote so that, provably, only ANT stuck in Court is voting, I don’t see an issue with setting that up and then just summing the two results off-chain. However, I defer to the AA on the final word here. Also, it would be great for someone technical enough to confirm that Snapshot supports this level of customization in a safe and secure manner.

Any update on this?

We have been coordinating with the Snapshot team. The isolated strategy is feasible and tested. With @AlexClay and @ramon we are trying to figure out who is the admin of the ANT token to launch the strategy, I would say hopefully by Wednesday it should be live 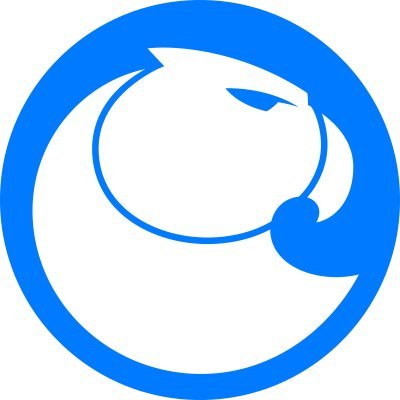 @AragonProject
Decentralizing the governance of our treasury is a key milestone, and we want to hear everyone’s voice. If you can’t participate in the Aragon Voice vote because your ANT is staked or deposited in the Aragon Court contract, share your voice in these @SnapshotLabs polls:

After discussing this matter with the committee today, a decision was made to not take into account ANT tokens within Court via a Snapshot tally on the basis that a) it was not communicated at the start of the vote process and b) we have not used this hybrid vote tally approach in previous votes.

Now that the vote has concluded and the DAO is preparing to implement the proposal, I’d like to share some high-level reflections. These are just my personal opinions, some of which are based on observations of other DAOs.

When it comes to DAO governance, having clearly written rules/standards has generally proven to be a good idea. However, all documentation should be fit for purpose. In my opinion, the Charter/Constitution is not the ideal place for operational details, which are better addressed in other (version-controlled) parts of project documentation. As I see it, the purpose of the Charter/Constitution should be to define the core governance structure/process (in this case the subDAO/guild system and both direct and delegated ANT voting) and, more importantly, to inspire and guide not through step-by-step instructions but through vision, values, and the general ethos/spirit behind the core principles - things that usually don’t require changing as the DAO learns and evolves.

I’d like to think of the Charter/Constitution as a preamble to all other governance documentation - something that animates the whole DAO without ever feeling like a straightjacket or something that needs to be constantly struggled over. (In my earlier comments, I’ve suggested that the text might also include some high-level community guidelines - a Code of Conduct - but I’ve now concluded that even that may be better formulated separately.) All that said, the Charter/Constitution should still be a living document. Making it immutable would be a sign of hubris.

The alternative is to try and make the Charter/Constitution all-encompassing and laden it with detailed descriptions of how to format proposals, what the responsibilities of the delegates are, how to conduct votes, etc. But in that case, the document needs to be structured and written extremely well to make it easy to both consume and administer later down the road. The danger here is having to continuously spend too much time/resources to govern the governance document/process itself, instead of efficiently using it to achieve the ultimate objective of the DAO, i.e. delivering best-in-class DAO tooling.

The DAO should carefully establish which decisions require a separate ANT vote and which decisions are better handled by actors/subDAOs/guilds mandated through an ANT vote. High-level objectives/strategy, changes to the core governance structure/process, treasury allocations (e.g. subDAO/guild budgets), and on-/offboarding decisions are typical examples of what DAOs vote on at regular intervals. In practice, these alone may already result in a relatively large number of votes. Of course, a key benefit of delegative voting is that proposal review becomes more professionalized, which increases the DAO’s capacity to intelligently process votes, while still allowing all token holders to directly participate in governance.

Many DAOs allow both individual and entity/group delegates. The latter may include various formally organized stakeholders, closely aligned protocols/DAOs, various DAO specialists or service providers, etc. Voting is inherently and inevitably “political” but, through guidelines, the DAO can minimize the risk that the delegate role gets captured by a single stakeholder group.

Security of the Governance / Voting System

Things that DAOs often struggle with:

The DAO should carefully establish which decisions require a separate ANT vote and which decisions are better handled by actors/subDAOs/guilds mandated through an ANT vote.

To this point, I am a proponent of the RAPID decision-making framework which we intend to workshop via dGov as an introduction but effectively people can contribute to the Notion database async to

I’ve seen the model effectively applied within the DAO context to empower contributor decisions making and clearly delineate the functional roles and decisions that individuals, teams and guilds, sub dao and councils, delegates and the community make

The RAPID Decision Making Model gives organizations a clearer way to make decisions. The letters in RAPID stand for the key people involved in any decision. These key roles are; Recommend, Agree, Perform, Input, Decide. By delegating some execution power to key decision makers, the cost of participation drops significantly. Issues that token holders are not interested in, should not require the attention of token holders and can be hidden from their day-to-day. This allows the DAO to make decisions more efficiently without compromising on transparency or openness. The pod model also provides a canvas for talent to naturally surface to the relevant parts of the DAO. Pods: The DAOnfall of Token Voting — Orca Protocol