How did you end up in the Aragon ecosystem? Why are you here?

With all of the tension in the forum lately, I think it is important to talk about our stories of what brought us here and why we are here. Please share yours, here is mine

@luis and @jorge made a very ambitious and revolutionary move when they decided that it was best for the Aragon Network to decentralize its development. Here is a story of how our dreams for the world have started to intersect.

I was drawn to contribute to the Aragon ecosystem due to the ideals and mission of the organization, combined with the offering of a technology stack that enables application development that can be tightly coupled with customizable governance systems. This was particularly important for the governance system I was designing for Space Decentral.

While we are all here on a common mission binded by the Aragon manifesto, I think one beauty of the network is the diversity of dreams of where we want to see the technology in action. A lot of us aren’t only application developers — we are also people that want to build living, breathing, long-lasting DAOs that are running on Aragon.

I quit my Product Management job at Oracle in July 2016 so I could focus on finishing courses I was taking in a certificate program on “Spacecraft Propulsion” and “Spacecraft Structures”. I was so fucking stoked to start preparing my grad school applications (the GRE seemed really annoying though). Instead of that path, there was another idea that surfaced about creating a space mission collaboration platform - a collective intelligence network where we can crowdfund and crowdsource space missions.

I had met @topocount, an engineer at Autark, at a NASA Space Apps hackathon a few months prior. We co-founded Space Cooperative together with this mission, but it was mostly a volunteer project with people contributing outside their day jobs, but I was on it full-time - living off some sparse Oracle stocks and the small investment I made in Ethereum in the summer of 2016 shortly after The DAO hack.

In April of 2017, 6 months after founding Space Cooperative, a friend that works for the Kraken cryptocurrency exchange, who I met at a meetup in 2015 where Vitalik spoke, convinced me that the blockchain was perfect for our project. During this conversation, I remembered that a few weeks prior I had read an article by the futurist Giulio Prisco “A Decentralized Autonomous Space Agency” and took it as a sign to reach out to him. He had a Facebook group called “Space Decentral” and I joined it and we decided to combine missions. Radek who is now part of Autark was in this group too.

It was around January 2018 when it become completely logical that Aragon was the missing piece of the puzzle that was going to bring our Space DAO vision off the ground. I had met @lkngtn on some chats and shared the governance paper with him, while I was evaluating various platforms such as DAOstack. But Aragon won me over for the both the ideals and the architecture.

We were planning an ICO for Space Decentral, and a portion of the budget from the ICO was going to be reserved for Aragon App development. We needed Aragon that much.

When the Nest grant program was announced by the Aragon project, things started to connect. @Quazia’s visions started to really intersect with ours and we combined forces to build That Planning Tab aka That Planning Suite aka Open Enterprise.

It was definitely a struggle getting acquainted with the stack back then - we had developers new to smart contract development and everyone was new to Aragon app development. We were focused on building the apps then, not enhancing the aragonSDK. And we are still learning as we go along today.

While we have gone all in on Aragon, Space Decentral - Aragon’s first space agency is still in the back of our minds. I’ve been trying to find a lead for Space Decentral, because I am recognizing how much more development needs to occur for Aragon to bring that vision to life. I don’t believe that this is self-serving at all because my thesis is the tools that Space Decentral needs are tools a lot of other organizations will need too - just like we see people using Open Enterprise today who aren’t planning on building space settlements

Allowing the ordinary citizen to participate in a global space program is a fight for freedom when you view it from another angle. It will lead toward the breakdown of nation-states and the calm realizations that with digital jurisdictions we can really tap into the most authentic part of our nature, not one that has been imposed upon us based on imaginary borders. We can tap into our evolutionary drive to explore and expand.

Note: some of my story above was pulled from a few articles/interviews, such as this one

Thanks for sharing your story! I published my “Aragon origin story” on my blog a while back 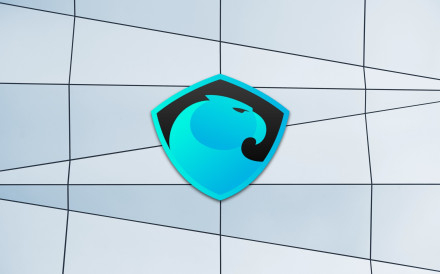 I have some exciting – if somewhat belated – news to share. As you could probably tell from the title of this post, I have a new job. In November I accepted an offer to join the Aragon …

How did you end up in the Aragon ecosystem?

Humanities ongoing success is dependent on optimizing human coordination at scale. I think DAOs are the best bottom-up way to do this. The Aragon community talks the talk, but also walks the walk. As I started exploring the Aragon ecosystem I was struck by the general level of intelligence in the community. The eagerness to debate, experiment, and try new governance models was really inspiring. This made me want to spend my nights/weekends learning about the platform and contributing to the community.

Why are you here?

Where else is there to be? As far as DAO platforms go, Aragon is the best. Aragon has no real competition (yet). Being an early contributor involved lots of pain, frustration, and totally avoidable snafus. There’s many occasions where, if there was an equally viable DAO platform/community, I would have started contributing there instead. That wasn’t an option though, so here we are. Now many new initiatives are being developed to address the frustrations of the community (yay). Hopefully this will improve the Aragon contributor experience.

In addition to that, contributing to the meta-evolution of the Aragon community has not been dull. Really excited about the CRDAO, NestDAO, and improving ANT valuation. The dream of a world where people can be freely speak, act, and share in positive-sum value creation is slowly becoming a reality. So great. Much excite! Can’t stop thinking about it lol

How did I end up in the Aragon ecosystem

Sorry in advance for the longish wall of text but I do spend quite a lot of time communicating with you guys and its good excuse to give a bit more on why.

So I first got interested in crypto in early 2014 when the price was going parabolic. I didn’t understand it and thought it was super shady but it was pumping so bought in more or less at the top and got stung in the mount gox collapse. fortuitously I most of my bitcoin was in a paper wallet and I couldn’t sell because there was nowhere to sell. I totally lost interest and continued with my life

Skip forward two years, being known as the computer guy amongst my group of friends, I started to get random calls asking how to buy Bitcoin. After selling half of what I had left, my interest grew, I and ended up growing a successful cash for Bitcoin side hustle. I had a bit of Eth (but had no fucking clue what a “world computer” was supposed to be) and some other alts. At this point I had only stumbled into the rabbit hole, I was fully signed up BTC maximalist. the ETH hard fork only hardened this world view. But my intellectual curiosity in the technology was growing and in those days, A lot of the stimulating discourse and ideas were to be found on slack.

Anyway, I was speaking to someone (can’t for the life of me remember who) but they were talking about Ludacris idea, Unstoppable businesses using blockchains. being the super sceptic I am, I thought it was a load of bollocks but I found my way into the Aragon slack in December or January 2017 I don’t think there were even 100 people in the group.

For me, this is when I really fell headfirst down the rabbit hole. This was the first time I really saw the potential of this technology, the first time I felt and understood the power of open permissionless community. I was introduced to a whole bunch of new ideas and made some long-standing but abstract anarchist leanings concrete

Why am I here?

First and foremost, Aragon is like my digital home. many of the people here I have been in communication with for years and some I consider friends. Being around for so long I share a lot of the same core ideas and beliefs with this community. It’s so cliche to think your crypto project is going to change the world, but Aragon really has the potential to do so.

I believe DAOs (for want of a better word) will be the primary tool for organising and coordinating people in the future. It’s far from certain that we will be the leaders, we might not. But we most definitely are laying the most significant foundations of this future and I want to be a part of it.

As it stands today I hold very little ANT, I am not employed by a flock or nest team and so my livelihood is not dependant on Aragon. So compared to most here I have a lot less “skin in the game”. But emotionally and intellectually I could not be invested heavier. most of my free time is spent on learning the tech stack, reading, or contributing in some way to Aragon endeavours. So while it’s nowhere near the same level, I really do feel the anxiety.

in any case, Aragon is family and I am happy and proud to be a part of it