Hey everyone! I’m going to host a community call this Thursday to discuss the AGPs on the ANV-2 ballot. If it goes well, I think a recurring governance focused community call would be useful.

As the AGP process matures it can be difficult to follow all of the activity that occurs across the Aragon Forum, Github, and Aragon.chat. Based on some discussions it seems like it may be useful to also schedule a recurring call where community members and stakeholders can get together and discuss issues in synchronous fashion at a pre-determined time. This meeting is not an official part of the AGP process—It is just another way for stakeholders to coordinate and discuss issues prior to voting.

The goal of the call is to discuss both the AGP process generally as well as open discussion on any pending proposals. The call is open to anyone, and will be lightly moderated to ensure that discourse remains civil.

Where: Link to a webmeeting will be posted here. ****tentatively planning to use Jitsi + Youtube for livestreaming, but need to validate this setup before I can post a link.

For those interested in AGP-35 (Edgeware Lockdrop), I will be (and perhaps Dillon Chen, who heads Commonwealth Labs,) on the call. Looking forward to this! Thanks lkngtn!

Hey a little random, but as you mentioned it’s hard to stay up to date with everything happening across all the channels. I signed up for the email newsletter about a month ago to stay up to date on governance things, but haven’t gotten any emails. Is that still up and running?

Edit: also, as I’m thinking about it… historically Aragon voter turnout is incredibly low. This month though, there are several proposals that involve well funded interests (Edgewware and Polkadot) from outside the core community. It seems… from what I can tell… that it would be trivial and game theoretically advantageous for larger players to throw their weight behind their own proposals and “buy” the vote. This would result in outcomes that don’t represent the Aragon community at large (mostly because people don’t vote). Am I missing something here or have you guys thought about this?

I signed up for the email newsletter about a month ago to stay up to date on governance things, but haven’t gotten any emails. Is that still up and running?

I’m not sure about the email newsletter… cc @light @tatu

Edit: also, as I’m thinking about it… historically Aragon voter turnout is incredibly low. This month though, there are several proposals that involve well funded interests (Edgewware and Polkadot) from outside the core community. It seems… from what I can tell… that it would be trivial and game theoretically advantageous for larger players to throw their weight behind their own proposals and “buy” the vote. This would result in outcomes that don’t represent the Aragon community at large (mostly because people don’t vote). Am I missing something here or have you guys thought about this?

This is definitely a concern, ultimately, this is why we have the association review phase of the AGP process at the moment. Proposals which are clearly malicious or intend to hurt the community should not make it through that process. It’s not a perfect solution, as it puts the association in a position where it must exercise discretion and its not always clear where the line should be drawn. Being too strict means that the AGP process would fail to have a significant impact on the direction of the project, while being too loose could lead to the consideration of proposals that really shouldn’t even be put on the table.

As you mention some of the proposals which have passed the Association Review phase this round could be seen as being motivated by external interests (eg AGP-41 by web3/polkadot or AGP-42 by ETH maximalists). However, I don’t think either of them are particularly dangerous even if they were to pass. In the case of AGP-41 the proposal is merely a signal of approval for the Association allocate a portion of the treasury to DOTs, it isn’t a requirement for the association to act on that if it determines that the pricing or terms are unfavorable. The Association, by necessity, already operates as a trusted agent and even has the authority to make such a transaction without the approval of ANT holders, the fact that it is being put to a vote to judge sentiment is an act of transparency and gives ANT holders the chance to weigh in on the decision. With AGP-42, if the vote were to pass due to outside influences and the community disagreed with the decision the policy could be overturned in a future AGP. In fact since no development is currently in progress on substrate and no AGPs have passed to fund such efforts, it doesn’t really have any tangible impact other than to signal support (or lack thereof) of a potential research direction.

So I’m not super concerned about the proposals in the current ballot, precisely because I think the Association is doing at least a reasonable job of curating proposals. However, relying on the Association for this purpose is sort of like riding a bike with training wheels. We might not be ready to take the training wheels off just yet, but our experience now will help inform what we do in the future.

In order to remove the association from the AGP process we need to come up with an alternative way to ensure that proposals which are inappropriate do not get considered–and we may find that our definitions of what is appropriate and how proposals get submitted need to be adjusted. This is the main objective for the Aragon Court (more info here and here) and the idea of proposal agreements. An organization, like the Aragon Network, can require proposers agree to some specific human readable terms before they submit a proposal, and then anyone can raise a dispute if they feel like those terms have been violated. A proposal agreement can be subjective in nature, eg:

Proposals must be made in good faith with the intention to improve the network's operational efficiency, quality, or breadth of service, and benefit all ANT holders in equal measure.

This would encode some sense of fiduciary duty on the part of proposers, and if a specific proposal seems to violate those terms it can be disputed and prevented from even going to a vote. If this process works, it would allow organizations to encode the intent and social expectations of the organization, and prevent even a majority of stakeholders from taking actions undermine those intentions.

Wow. That is a really thoughtful response. Thank you for taking the time to share all of that

My concern was that the purpose of these AGPs was to create a signal, but it seems like an easily gameable signal. As you mentioned though, it’s in additional to the current process and will be further improved in the future. Glad you guys are thinking all these things through.

Edit: also the newsletter question was answered on Reddit so all good there.

Thank you for hosting this meeting Luke. Is getting really difficult to catch up on all the information streams of the community!

I signed up for the email newsletter about a month ago to stay up to date on governance things, but haven’t gotten any emails. Is that still up and running?

We have a couple of newsletters, both are quite low volume. If you signed up for the Aragon Network Vote alerts, it will be sending out emails as this round of AGP votes is getting closer, but as the name says, it’s more for alerting people that a vote is happening and thus very low volume.

The general Aragon newsletter has some more activity, we try to put something out monthly, and has more general content regarding the project than just voting and AGPs.

Hi @lkngtn, is there a link for the call yet?

Not yet, @tatu will be helping me set up the streaming and I think we may not be able to provide the link until just before the call is scheduled.

Hey everyone, call is scheduled to start in approximately 20 minutes!

You can join the Townhall using the following Meeting Link: 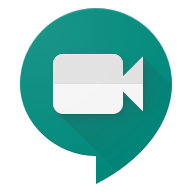 Real-time meetings by Google. Using your browser, share your video, desktop, and presentations with teammates and customers.

We also recording the call and streaming here: https://www.youtube.com/watch?v=qXWEOG7KKOg

Thx for that Luke.

We’d be very happy to explore any of this further. If anyone has questions or proposals please add them to our ongoing discussion forum post here.

Thanks to everyone who participated in the Townhall call. I think it was extremely worthwhile, and think its probably worth making these a recurring thing. I would appreciate any feedback on the format/timing/etc. Please comment in this thread or contact me directly if you have any thoughts!

For those of you who may have missed it, we had a bit of a hiccup with the livestream so the recording was split into two videos.